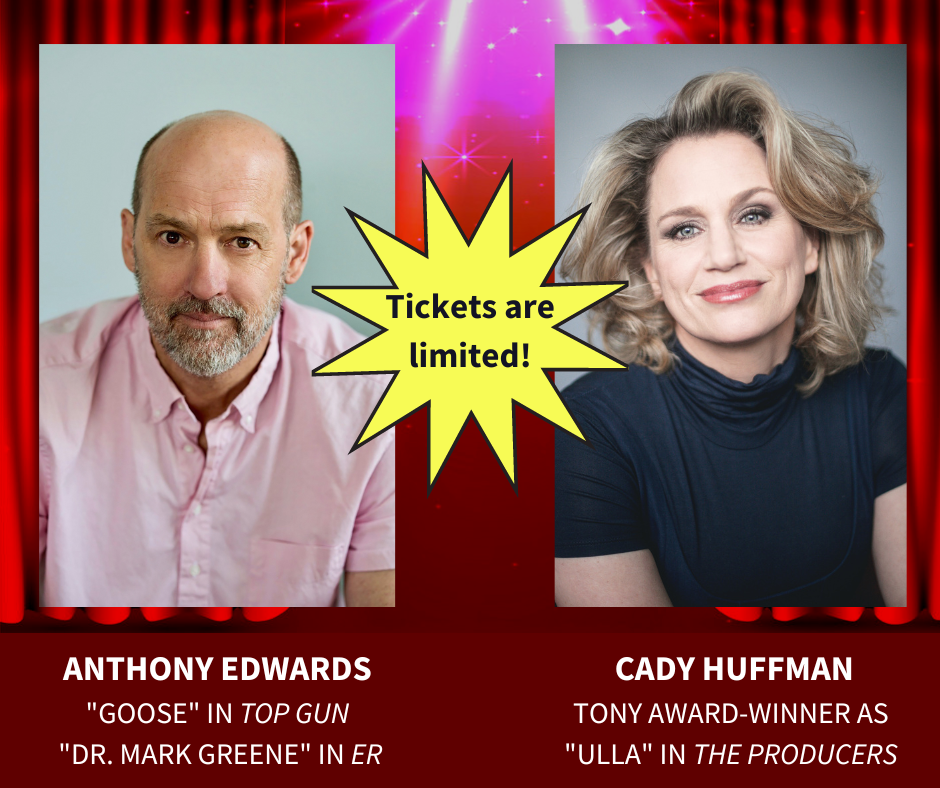 Off the Record: An Intimate Conversation with...

For questions or to purchase tickets by phone, call

A special thank you to our Off The Record sponsors: Bryant & Sons Jewelers, Silverhorn Jewelers, the El Encanto, A Belmond Hotel, and The Rudi Schulte Family Foundation.

CommUnify presents Off the Record: An Intimate Conversation with Anthony Edwards and Cady Huffman about Hollywood, Broadway, the challenges and joys of creating a life in the arts, and the importance of community. Both Anthony and Cady were born and raised in Santa Barbara and graduated from San Marcos High School.

Anthony “Tony” Edwards is most known for his unforgettable role as "Goose" in the blockbuster feature Top Gun, and as Dr. Mark Greene on the series ER, a role for which he won a Golden Globe award and six Screen Actors Guild Awards. Tony has starred in more than 20 features, including the classic Fast Times at Ridgemont High, Motherhood with Uma Thurman, Rob Reiner’s Flipped and Zodiac directed by David Fincher. Other television credits include Law and Order, True Crimes: the Menendez Murders, Girls, Blue Bloods, Billions, and Northern Exposure. Tony has been nominated for four consecutive Primetime Emmy Awards, and won as an Executive Producer for HBO’s Temple Grandin.

Cady Huffman is a Tony Award-winning actress, best known for originating the role of "Ulla" in the The Producers on Broadway, opposite Nathan Lane and Matthew Broderick. Cady's other Broadway credits include her Tony-nominated performance as Ziegfeld’s Favorite in The Will Rogers Follies, her Outer Critics Circle nominated performance in The Nance, the original production of La Cage Aux Folles,and Bob Fosse’s last original musical BIG DEAL, among others. Cady has had reoccurring roles on Curb Your Enthusiasm, The Good Wife, Blue Bloods and Days of Our Lives, not to mention 10 consecutive seasons as a judge on the Food Network's Iron Chef America.

RSVP →
Return to all events →